'eden' was a temporary light installation installed above the River Eden, on the arched under-span of South Bridge, a single-arched, 19th century, stone bridge in Cupar, Fife. The light was blue in colour (the colour replicating that used to represent rivers on Ordnance Survey maps) and was created from a continuous length of electroluminescent cable. There is a pedestrian walkway running underneath the bridge, alongside the river and the work was viewed after dusk from this walkway.
The line of light spanned the width of the river and mirrored the form of the rivers course from source to mouth. The line of light follows the curve of the underside of the arch and spans the 11m width of the river from the west to east bank, connecting the course of the river to it's crossing. The bridge serves as both site and metaphor. 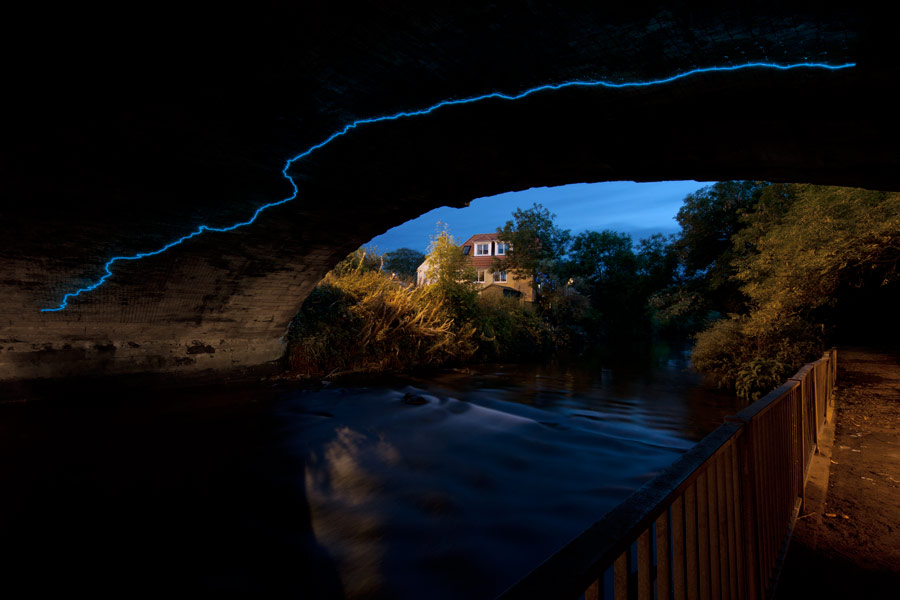 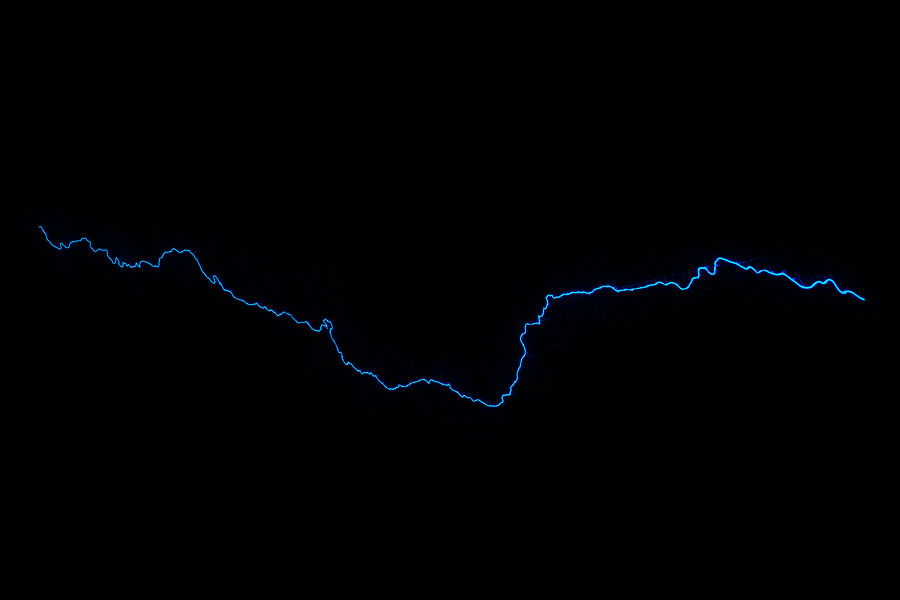