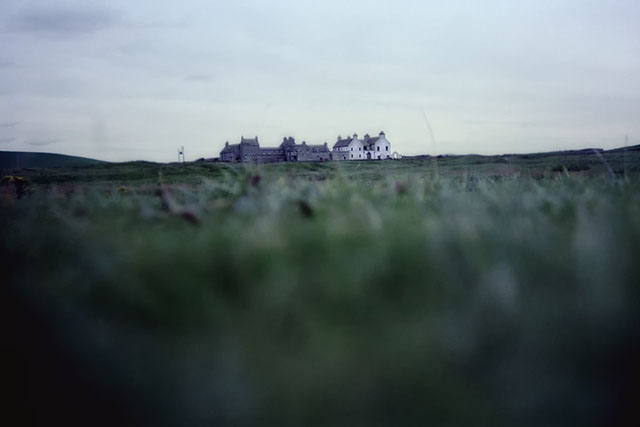 6 channel networked audio installation | continuous audio | dimensions variable
For the duration of the installation 4 haunted houses across Scotland were networked together through the internet (using early internet telephony technology). At each of these remote locations were a number of sensors gathering live data such as changes in temperature and fluctuations in light. This information was relayed live, via the internet, to the installation location at The Pier Arts Centre, Orkney. Here a computer used this live data to control an audio installation.
The work was experienced as an 6 channel audio installation. The audio one heard in the installation was created from recordings made at each of the haunted locations at an earlier time. Some of this audio exhibited EVP phenomena. Electronic Voice Phenomena (EVP) is the phenomena by which voices of seemingly unknown origin are recorded on to electromagnetically based recording materials. These mysterious voices are often attributed as communications from the departed. The playback of these recordings was determined and controlled by the live data being received from the sensors at each of the haunted locations. The installation thus operated as an autonomous entity, replaying the past but feeding on, and being shaped by, the present, in the form of the live data, from the remotely connected haunted locations.
The work was installed in the library/archive of The Pier Arts Centre and the speakers were concealed within the room so that the sound surrounded the visiter but the source of the sounds was unclear. The space was dark with the only light being that cast by an angle-poise lamp on a small table at the centre of the room. A wooden chair stood slightly back from the table, as if recently vacated. On the crowded table were several notebooks, pens, numerous reference books, a radio, a pair of headphones, and a reel-to-reel tape recorder. The spools of the reel-to-reel tape recorder were turning with the tape completely spooled on to one reel, leaving the other empty and the loose end of the magnetic tape flapping rhythmically with each revolution. The reference books related to mediumship and the investigation of Electronic Voice Phenomena, including volumes by the pioneers of EVP,  Konstantīns Raudive and Friedrich Jürgenson. The notebooks contained extensive handwritten logs, times and short phrases in several languages. A low volume hiss of white noise could just be heard emanating from the headphones.

Haunted locations are places of particular resonance, whether real or imagined. They are places of returns and of the replaying of time, of the overlapping of past and present. 'geist', links together the live and the recorded, connecting geographically disparate places to the past and present. Like ghosts, or the ghostly voices from EVP recordings, electronic and telephonic communications technologies inhabit the unseen. From the disembodied voice on the telephone to the real-time transmission of data, they connect us instantaneously across vast distances as our words and actions pass through an invisible, instantaneous, and intangible domain. 'geist' is a work about the simultaneous connection of the here, now, then and there. It is about recording and retrieving, playback and transmission, departing and returning. It is about slippages in time and space, about uncertainty, belief and doubt….traces and places….being and not being. 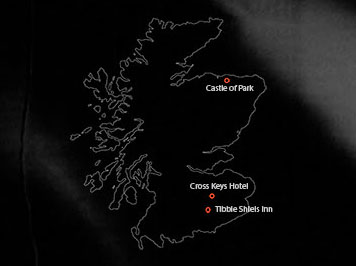 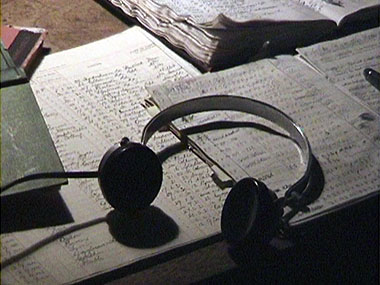 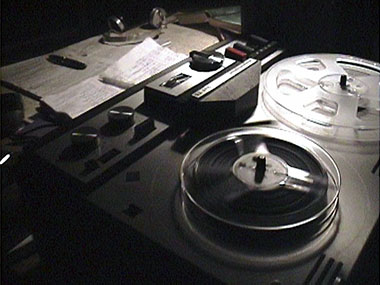