offreterffo takes Andrei Tarkovsky's final film, The Sacrifice, (Offret, in the original Swedish) and creates a composite image formed by playing the film forwards and backwards simultaneously.  The work is projected as a continuous loop. The palindromic form is analogous to that of a mobius strip and serves to collapse the narrative framework and chronology of the film. The form of, offreterffo, echoes some of the themes of Tarkovsky’s original in which the characters discuss Nietzsche’s notion of the eternal return and through which the idea that the end is also the beginning is a central trope. There are many startling and unsettlingly pertinent composites created and the effect is temporally dislocating. One is never sure what is moving forwards and what backwards but the ebb and flow is compelling and immersive.
The title is formed by creating a palindrome by mirroring the original Swedish title, creating a typographic form which mirrors that of the work itself.
The works audio follows the form of the visual in that the forwards and backwards audio is overlaid. The dialogue is in Swedish and the subtitles have been removed, so the Swedish is mixed with the backwards audio, creating an abstracted and fragmentary soundscape which augments the uncertain flow of the stream of images. 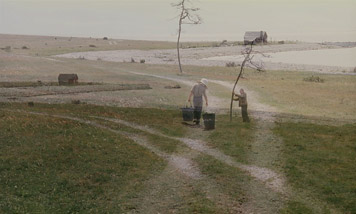 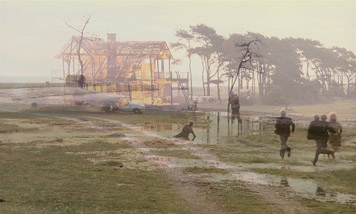 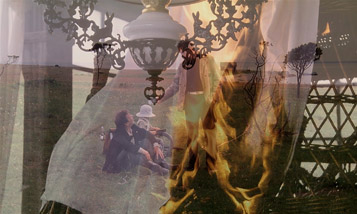 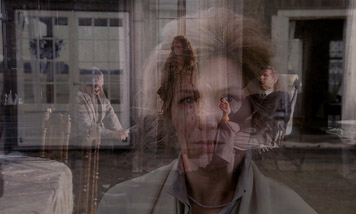 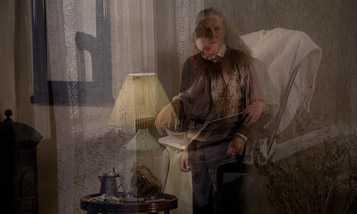 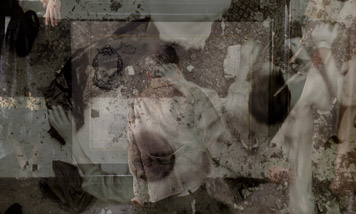 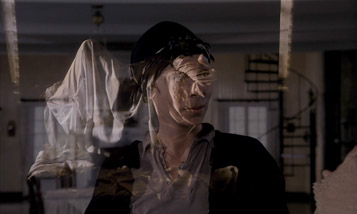 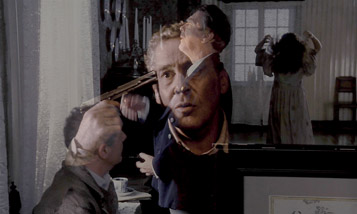 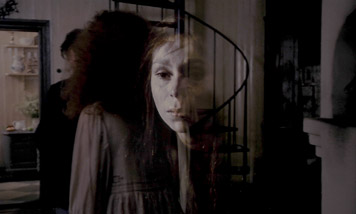 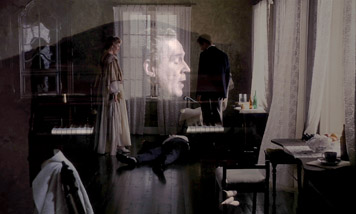 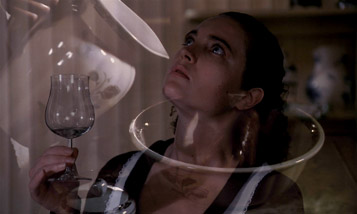 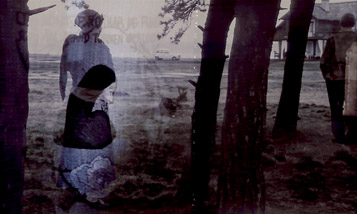 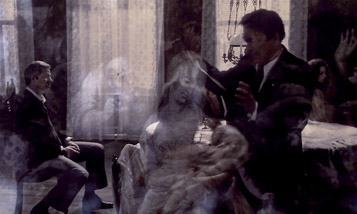 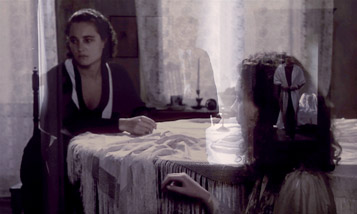 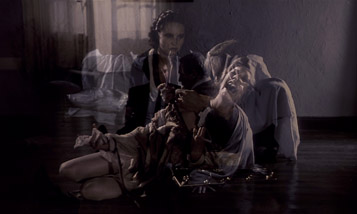 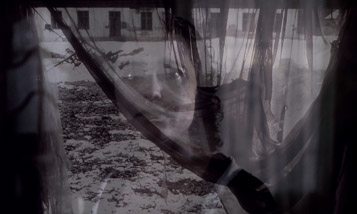 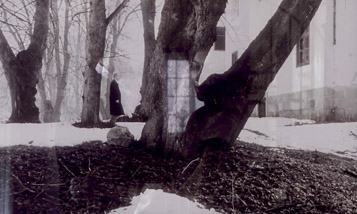 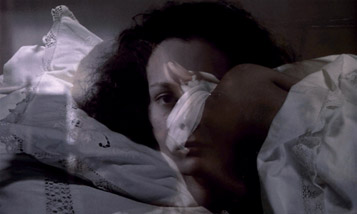 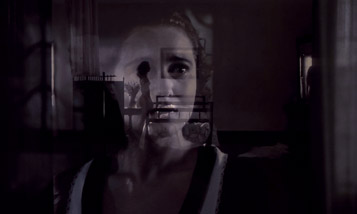 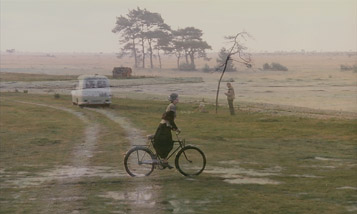 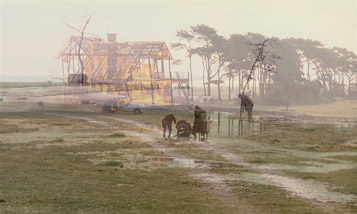